This late Georgian building is now a care home run by Barchester Healthcare, one of the UK's most respected care home companies, providing award winning care and services to thousands of residents at more than 200 different locations across the UK including Hethersett Hall in Norwich.

The home enjoys all the benefits of the Norfolk countryside and still has many of its original features. During a refurbishment the traditional cast iron downpipes had to be removed due to their poor condition and were irreparable. The client chose to replace these with Cascade Cast Iron Style 105mm downpipes and hoppers as they so closely replicated the original real cast iron but offered all the maintenance and cost benefits of a plastic system.

Cascade is available in eight heritage colours, including Porcelain White as featured on Hethersett Hall which blends in beautifully with the styling of this late Georgian home.

Cascade is a range of cast iron effect guttering and downpipe profiles which provides authentic traditional cast iron style in plastic. A unique patented manufacturing process combines with authentic cast iron architectural detailing on pipe work, fittings and hoppers to give the full appearance of cast iron with all the benefits of modern plastic materials. 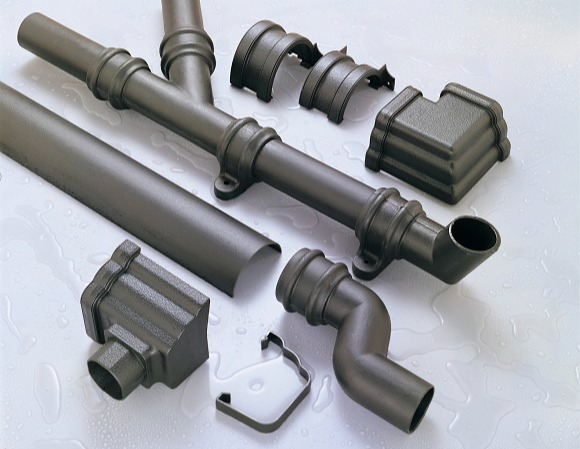