Located in the Brampton area of Chesterfield, the Catherine Street facility features six self-contained apartments and six new build specialist bungalows and was built by contractor Horsman Construction for developer SSL Partnership. For this small residential development a stormwater management system was needed to cope with any potential stormwater during inclement weather conditions. Working in partnership with Brett Martin’s technical team, Horsman Construction specified the StormCrate55 attenuation system which proved to be the ideal solution to control excessive surface water run-off.

Two underground attenuation tanks were created beneath the car parking area using 84m² of StormCrate55 modular units. At only 15.5kg per crate, these fully assembled crates were easily handled on site which was good news for the installation team, meaning minimal time was spent on installation.

For this project, Brett Martin provided the Horsman team with a pre-fabricated geotextile liner which was pre-cut to fit the size of each tank. The one-piece liners done away with the need to cut and join the liner during the install and speeded up the process of sealing both tanks. The outlet from this tank is controlled through a Hydro-Brake chamber to facilitate a slow release of the stored water back into the drainage system over a longer period.

For infiltration applications, StormCrate55 can also be wrapped in a permeable geotextile, material which allows stored water to slowly seep into the surrounding ground and back into the water table over a period of time.

With the homes completed in time for their new residents moving in the summer of 2021, the use of StormCrate55 has ensured this extra care housing facility will have a proven rainwater attenuation solution for the long term, reducing demand on the built drainage and the sewerage infrastructure. 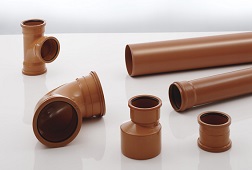 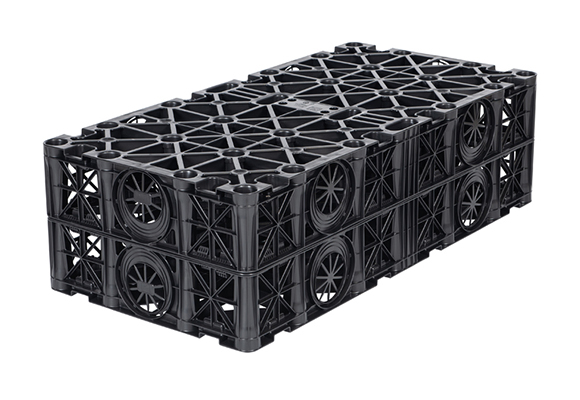